STAY CONNECTED WITH US!

What’s the Best Way to Heat Your Basement? 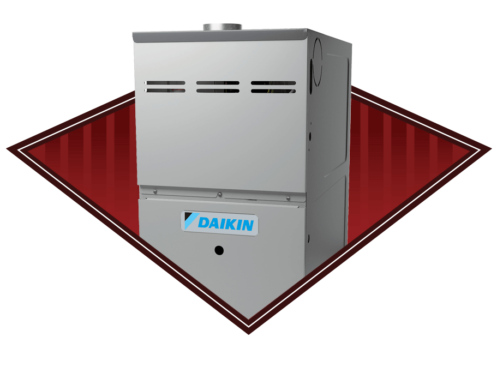 Lingering in the basement for too long might leave you a little chilly. At least, it’ll feel that way unless you install something to warm it up. Basements tend to stay 15 degrees cooler than other rooms in the home. That’s just part of being underground.

Radiant heat feels lovely, and it’s pretty efficient, too. Installing a radiant-heat flooring system would make walking around barefoot seem effortless. These systems use electrical resistance to generate heating under the floor. Then, the flooring absorbs this heat and radiates it throughout the room.

The biggest benefit of these would be even heating. Since warm air tends to rise, they’ll start heating up the coldest place first. Plus, they’re rather efficient at their job, so they won’t cost much to run.

The largest downside with these systems would be how difficult they can be to install. You’ve got to put them underneath the floorboards. If you’ve already finished the basement, that would mean you’ve got to rip it all up. Working with a professional could make it a lot easier, though. Or, if you haven’t finished the basement yet, they’d be a great option.

Extending the ducts from your existing furnace might be the most straightforward option. By doing this, your basement will feel just as comfortable as the rest of your home. Of course, you’d probably want to let a professional handle this project. Otherwise, you could throw off the rest of your heating system.

The best thing about ductwork extensions would be how well they warm up the basement. If you’re cold-natured, this might be the ideal choice. Plus, it won’t cause your utility bills to jump too much, either.

As far as drawbacks go, the biggest concern would be damaging your existing system. Installing new ductwork isn’t a minor project, and you’ve got to do it properly. If you can afford a professional, ductwork extensions will keep you warm, though.

Perhaps, you’re looking for something affordable to heat the basement. In that case, a few registers could do the trick. In essence, these are simply new vents added to your existing ductwork. By using the existing ductwork, you won’t have to install anything else.

Registers have the benefit of using what’s already there. So, they’re not too expensive, and they’ll get the job done. Anyone who’s looking to warm up their basement on a budget should consider them.

There are only a few downsides when it comes to registers. Most of the time, they’ll do the job well enough. But, since they’ll be coming out of the ceiling, they might not warm up the floor much. Also, you might still want to hire a professional to install them. Otherwise, you’d run the risk of damaging your ductwork.

Is part of your basement still above ground? If so, then using a mini-split system could be your best bet. These work similarly to your typical HVAC systems. However, they don’t require any ducts. One part sits on the inside of your wall, and the other sits outside. A small conduit connects them, running through the wall. You’ve probably seen one of these if you’ve ever stayed at a hotel, too.

Ductless mini-splits have a ton of benefits. First, they’re rather affordable most of the time. On top of that, they’re great at heating up the whole room. Running them won’t use a ton of electricity, either.

The only real downside to a mini-split system would be where they can be installed. If your basement sits entirely underground, these won’t be an option. Since part of them must be outside, you’ve got to have a basement that’s partially uncovered.

Baseboard heaters are some of the most popular options. These sit along the bottom of the wall, where it touches the floor. Convection models plug into the wall. Usually, they’ve got to have a 220V outlet, though. As long as you’ve got one of those in the basement, these are great at keeping it warm.

Convection models are great if you’ve got a smaller basement. They work by using electricity to warm up a heating element, similar to your toaster. They aren’t any fans in them, either. So, they won’t make a ton of noise. As the heating element warms up, heat disperses through the air.

The biggest benefit of a convection model would be its ease of install. You’ve just got to plug them in, and they’ll be good to go. Also, you can get them in various sizes. Usually, they range between 20-inches and 90-inches. The larger the unit, the more heat it’ll produce. And, finally, they’re not all that expensive.

Convection models only have a few potential drawbacks. They’re only able to warm up a small area, making them poor choices for large basements. Also, they won’t retain their heat for long. Heating them up takes a while as well. So, if you’ve got one, you might want to leave it on.

Hydronic baseboard heaters function similarly to convection models. You install them along the baseboard. And, you’ve got to plug them into a 220V outlet, usually.

However, instead of heating up the air, they’ll warm up a liquid. Most of the time, they’re filled with either water or oil. Then, the liquid disperses the heat into the air, warming up the room.

Compared to convection models, hydronic systems stay warm for longer. That makes them a little less expensive to operate. However, they’ve got their downsides, though. Since it takes longer to heat a liquid, you’ll have to wait longer for the room to warm up.

They’re typically a little more expensive than convection models. But, because they’re more efficient, you’ll save in the long run.
Truthfully, either model of baseboard heater would be a good option. If you’d prefer something more efficient, then hydronic systems would win.

Nothing beats the feeling of gathering around a nice, wood-pellet stove. Compared to traditional fireplaces, these burn much more slowly. There’s a small fan inside of them that blows out the warmed air. Of course, you’ve got to have them vented, though. Otherwise, you’d run the risk of carbon monoxide poisoning.

If you can vent them effectively, they’re a great option. Not only are they great at keeping the basement warm, but they’re also rather aesthetics. Basements always feel super comfortable with one of these in them.

There’s one major downside to them, though. You’ll have to replenish their fuel, regularly. This can add up quickly if you’re using the basement often.

AC by J has been serving our Scottsdale, AZ, community since 1983. We’re devoted to high-quality service delivered in a timely manner. We’d love to provide your next basement heating solution. We could also help you with your HVAC or plumbing systems. Give us a call to request a free quote today.